MPLS is the short name for Multi Protocol Label Switching which allows for some of the fastest, most secure and reliable communication out there for businesses who have offices in multiple locations.

No matter where your offices are in the country, this is no longer an issue as this technology simply speeds up any complex connections. This solution is more complex than traditional leased lines and we can tailor a solution around your needs.

With the ability to mix and match bandwidth requirements at each individual site, it really is the only choice for multi-site connectivity. Products which can be used are broadband, Ethernet First Mile and leased lines to name a few.

Lets take a more in depth look at the benefits and answer some of the most asked questions on mpls vpn.

Is an MPLS Network right for my business?

One of the benefits of MPLS is that it allows you to “link together” sites using whatever data connectivity you want at each site. This technology can bring a number of benefits to your network not just in terms of speed.

It is highly scalable so it can be easily adapted to meet changing business requirements. Additional sites can be added to the network whenever needed.

With this type of solution, you are able to gain access to hosted applications, hosted VoIP, video conferencing, partner hosted apps such as Microsoft CRM, transaction processing and much more.

It also offers similar levels of security and performance compared to traditional ATM or Frame Relay private networks, but at a fraction of the cost.

Similarly, as the intelligence resides in the MPLS network core, there is no need for any expensive VPN appliances to be located on the customer premises.

What should I be looking for?

If you are looking for LAN to LAN or WAN to WAN connectivity over private networks, the ability to prioritise different applications, Any to Any connectivity (i.e. meshed or partially meshed network) or are looking at reducing networking costs and improving speed across your sites then this may be the product for you.

Is MPLS better than leased lines?

For extensive use of network connections, greater need for large bandwidth and demand for consistent and fast speed, it is better to rely on MPLS.

Leased lines can also do a great job when it comes to creating a stable network and delivering impressive speed. However, for businesses which have more complex requirements for networking, the design and technology for MPLS is more appropriate.

The easiest way to answer this question is usually to look at the amount of sites you have and what you want them to do. If you have 1 site and its just internet access you require then the leased line wins. Several sites and you have to be looking at MPLS.

Key Characteristics of a Leased Line

A Leased line is uncontended which means that a single line is reserved from the provider network only for one business.

Works great for a point to point connection

MPLS or Multiprotocol Label Switching makes it possible to assign data packet for every traffic class.

MPLS makes it easier to manage traffic within the network to make it capable of handling extensive data usage and multiple traffic classes.

The QoS (quality of service) in MPLS is more sophisticated since it does not only prioritise applications but also redirects traffic to a specific path.

Efficient networking systems which no longer require synchronous Optical Networking, Frame Relay, Asynchronous Transfer any more and other aspects which make it more difficult to manage the network.

The creation of links among the different business branches is simplified.

So what is an ingress router (MPLS router/ Edge router)? It’s a Label Switch Router that is the starting point for a given Label Switched Path.

An ingress router may also be an egress router or a “mid ground” router for any other LSP’s.

Ingress and egress routers are LSP specific. The MPLS label is attached with an IP packet at the ingress router.

It gets removed at the egress router. Label swapping is performed on the “middle ground” routers.

In certain cases, the ingress router could be pushing label in label stack of an already existing MPLS packet (instead of an IP packet).

Although the ingress router is the starting point of an LSP, it may or may not be the source of the underlying IP packets.

So how do I choose?

Leased lines and MPLS really are completely seperate entities. A leased line is usually used by a company that wants a better connection than what broadband can offer.

As broadband has no service level agreements, this is simply not good enough for a business along with it only being a “best effort” product.

They choose a leased line as it is a totally uncontended, private connection which has outstanding speeds and reliability and static IP addresses.

MPLS on the other hand, gives you the ability to link together multiple sites across any area so they can not only talk to each other but also have direct internet breakout so you get the best of both worlds.

For more information, feel free to contact us so we can talk through your requirements in more details.

Once you have the knowledge, your mind will be put at ease.

Why is MPLS more beneficial than leased lines?

1 – Webbed Connection: Leased lines are efficient when it comes to creating connection between two endpoints. However, creating a link among several points may require the use of MPLS.

This is also the reason why MPLS is more flexible and scalable especially for businesses that are continuously growing. Adding more features and increasing the capacity of the network can be easily done.

2 – Intense Traffic Management: With MPLS, it is not jut about implementing QoS. With this technology, each type of traffic is classified automatically depending on the data packet. Hence, there is less or no chance that once multiple users start to access the network, the bandwidth would be jammed and congested.

This is such a big hassle for businesses because it could also slow down the speed. With MPLS, the route of each traffic is specified so there would not be any network congestion. It is perfect for data, video or audio data transmission.

3 – Bandwidth Flexibility: By simply discussing the specific needs of the business, customers can get the exact bandwidth which would be enough to support the needs of the workplace.

Some service providers even take it a step higher by offering ‘burst speed’ to their customers. This means that for a specific time or period within the day, the bandwidth would be increased to satisfy the high demand during work hours.

4 – Quick Response Time: Data does not need to go through several interconnections just to reach its destination. Hence, the response time is much faster. Because of that, the network would be perfect for various communication means.

There will be less jittering and no lags. All thanks to the quick response time, businesses can use the network connection to the fullest by using video conferences, voice calls and even VoIP.

5 – More Modern Technology: A lot of people would say that MPLS is the key in “future-proofing” the business. This is actually true. Having this system is like gearing up the business not just to handle today’s modern technology but also to cope up with future technological improvements.

With a stable and efficient network, the business would be prepared for the developments that would come in the near future.

Though a leased line is also a practical choice for businesses these days because it also uses modern technology, MPLS still remains a notch higher. Some businesses, especially the multi-million and larger-scale ones, also have really high expectations when it comes to networking.

Aside from that, there are too many applications, features and innumerable users which need to utilise the network. For such scenarios, MPLS is still the best choice.

Before closing any deals for MPLS, it is imperative to compare prices too. The service agreements should also be scrutinised well so that the customer and the service provider understand the extent of the services required.

For businesses that need a network which will support all their needs, going for MPLS is a smarter choice.

It is best to discuss the exact details and requirements with us so that the MPLS system would be tailored to fit the needs of the business.

If you are looking for MPLS quotes from providers such as Virgin Business, BT Business and TalkTalk Business then please contact us on 03300 770070 or for an instant online quote, simply click here.

With so many benefits to explain on the value of MPLS, another good area for a new customer to visit is dealer testimonials. Make sure that whomever you choose can show you at least 2 or 3 satisfied customers who you can contact.

Hopefully that choice will be with us. We have been dealing with MPLS for over 10 years so have a weath of experience to offer you.

On top of this, our MPLS proposition with will be a bespoke to you so whatever you require, whichever way you want it it – we can do it.

What Makes Us Stand Out From The Crowd?

We are a very unique company in our own right offering what the other companies simply cannot. As you can see on the image, these are just a few of the reasons we are different.

The only company of our type in the UK to offer this. Please grab a free quote from the top of this page!

We offer completely free, impartial advice and work with all the UK providers which puts us in a position to tailor a solution to whatever your needs may be however complex it may be.

Our support really is non stop. From the first point of contact right the way through your whole journey, we will be with you every step of the way.

As long as you have the correct bearer in place, you can upgrade your speeds mid-term if you wish to a higher amount future proofing the business.

We pride ourselves on being different and breaking the mould. We are nothing without our customers who mean everything to us.

Looking For Other Product Information?

Looking for a cost effective alternative to a leased line? More info here. 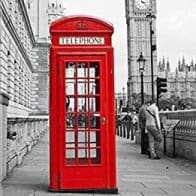 Stop waiting around, jump straight in and grab an instant leased line quote.

Not only do we work with every single top tier provider in the UK BUT we also offer a price promise guarantee. If you find a cheaper quote elsewhere, simply let us know.

If it’s a “like for like” proposal, not only do we price match but we will beat it for you! Simply ask for more details or click here.

You now get all the benefits of being on the best networks in the UK at a fraction of the costs compared to going direct!

Some Of Our Proud Customers 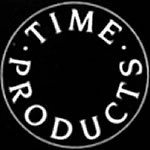 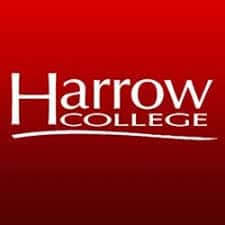 Menu
We use cookies to ensure that we give you the best experience on our website. If you continue to use this site we will assume that you are happy with it.OkRead more